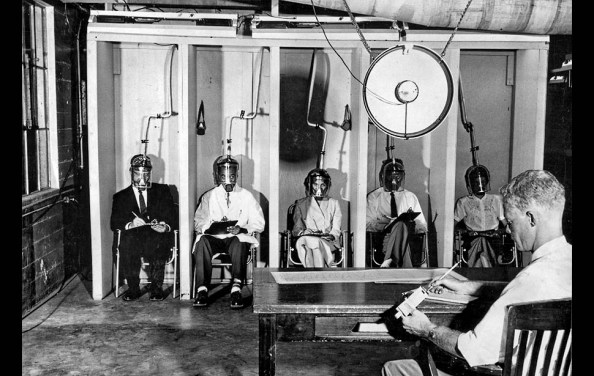 We want too much. We want to read every email and analyze every dick pic every politician ever sent. But we also want the petrified banality of our own daily online routines to be kept private. We want our intellectual stratum of Pornhub, Snapchat, naked photos of celebrities, drunken text messages, emails to our grandmothers, to be our sacred guilty pleasures. But then we also shove our personalities into the public stratosphere, yelling “Look at this goat cheese salad! Look at my face! Look at my cute doggy!” until somebody nods some vague acknowledgement from across the world and likes our most recent online post.

It’s a matter of torment and contrast. Privacy is one of the truly meaningful comforts, one that we take for granted. You’re granted privacy in the womb, bobbing in warm gelatin for nine months until you are shoved into the screaming florescent chaos of day 1 of the rest of your life. When you die, you’re packed neatly into a plush mahogany box you have all to yourself, and are lain deep in the cold dank earth until the bugs and worms make their way in and spread you across the field. There’s something perverse and orgiastic to mass graves—even when we understand ontologically that it doesn’t actually matter if we are thrown in a pit with the rest of them, we prefer a more private decay. In just the several short decades between the beginnings and endings of true privacy, we can only scramble for moments of it, cherishing them like small glowing gems in the night. Usually, we just heave along with the rest of the herd.

It’s the State, we say. It’s their fault we’re all paranoid. The State has always been an encroachingly over-curious uncle who wants to know the sum of our banalities, one that only grows more huge and overbearing the older he gets, with more tools of this queer invisible surveillance available to him. He wants to know how we actually dance like no one’s watching, and justifies his gross desire in the name of protecting his home.

But state surveillance is nothing new. Chinese general Sun Tzu wrote in his lionized paper The Art of War: “Enlightened rulers and good generals who are able to obtain intelligent agents as spies are certain for great achievements.” And from spies bred suspicion. In ancient Rome, politician and orator Cicero wrote to his friend, “I cannot find a faithful message-bearer. How few are they who are able to carry a rather weighty letter without lightening it by reading.” East Germany of course had the Stasi, one of the most notoriously repressive secret police agencies in history.

In the United States, the real expansiveness of state surveillance began immediately after WWII with Project SHAMROCK and its sister project, Project MINARET. They were espionage operations responsible for the largest collection of intelligence on US citizens in the nation’s history. The Armed Forces Security Agency (AFSA) and its successor, the NSA, were given access to all telegraph data passing across American borders, analyzing up to 150,000 messages a month. The NSA shuffled off whatever information-of-interest to the government law enforcement or intelligence agency most applicable: the FBI, CIA, Secret Service, Bureau of Narcotics and Dangerous Drugs (BNDD), and the Department of Defense.

SHAMROCK and MINARET operated without warrants and under no approval from any court until May of 1975, when the NSA terminated the two projects because of Congressional pressure and investigation. The intentions of the program were obvious: to seek out any traitors within the nation’s borders, to discover them invisibly, hidden behind the curtain of data, to rid the country of threat bred at home.

1978 saw the creation of the Foreign Intelligence Surveillance Act (FISA), which required a process of warrants and judicial reviews if the NSA sought to intercept certain data from a civilian. The Patriot Act of 2001 corrupted this, especially through its Titles I and II: ‘Enhancing domestic security against terrorism’ and ‘Surveillance procedures,’ respectively. So when Edward Snowden exposed the NSA’s warrantless wiretapping of millions of Americans, everybody more or less shit themselves.

Oliver Stone just released the biopic Snowden, animating the human element to the story we know so well by now. In an interview with Vice News, investigative journalist Jason Leopold explains that when Stone made JFK back in 1991, it influenced the creation of the JFK Records Act, which consequently taught us about programs such as Operation Northwoods—the proposed operation signed off by the Joint Chiefs of Staff and the Department of Defense in 1962 to commit acts of terror on American citizens and blame it on the Cuban government. Does Stone have an interest in creating a dialogue that will possibly pardon Snowden?

Julian Assange blames Snowden for trying to cozy up to the likes of Obama and Clinton in the hope of being pardoned. But there’s no reason to consider why Obama would do this—under his administration, more whistleblowers have been prosecuted under the 1917 Espionage Act than all previous presidents combined. Introduced by President Woodrow Wilson shortly after the US entry into World War I, the Espionage Act was designed for spies—agents giving intel to the enemy, those who Wilson declared were “born under other flags.”

In May of 2015, the U.S. Court of Appeals for the Second Circuit, in Manhattan, ruled that the mass collection of phone records of millions of Americans was illegal, that the Patriot Act does not in fact authorize the unwarranted collection of calling records in bulk.

So what about this election? At the first Presidential debate, there was no discussion around the more recent war on whistleblowers. At the Democratic Primary debate, when asked if Edward Snowden should do jail time, Hillary Clinton responded by saying, “In addition—in addition, he stole very important information that has unfortunately fallen into a lot of the wrong hands. So I don’t think he should be brought home without facing the music.” Donald Trump has previously grunted that he should be killed. Then he coughed, and a cloud of Cheeto dust burst from his smutty mouth.

Lawmakers on the House Intelligence Committee signed a bipartisan letter to President Obama urging him not to pardon or grant clemency to Snowden, because he “perpetrated the largest and most damaging public disclosure of classified information in our nation’s history.” Daniel Ellsberg is certainly in support of a pardon, but added, “As things stand, I think the chance that this or any president will pardon Snowden is zero.”

It’s a sinister feeling to know you’re always being quietly monitored. All the hipsters favorite namedrop, Slavoj Žižek, disagrees. He apparently loves being watched. In an interview at the International Authors’ Stage, he crudely admitted that he doesn’t care if a government is reading through his emails because he has nothing to hide, because “people are stupid,” and if someone did read through his emails it would be the comparative of showing a newspaper of Hegel’s Logic to a cow. “This is where they feel most horrified, you know, when they learn that you don’t care.” This is an old brittle position to say I don’t care if they watch me, I have nothing to hide. It’s something Snowden himself said is the equivalent of I don’t care about the first amendment because I don’t have much to say. It’s insane and inapplicable to the argument.

But indeed the surveillance system reaches beyond the NSA’s unwarranted wiretapping or its mass collection of metadata. Michel Foucault said much of Freudian psychoanalysis was guilty in its contribution to what he called “disciplinary society,” keeping the whole of the citizenry under constant surveillance, through the institutional and structural design of schools, prisons, hospitals, and work places. Even the buildings themselves are constructed in a way to best keep watch over the people within, consequently keeping them in a constant state of submission. The Orwellian comparisons have become cliche for a reason: the desire to watch over a people is only becoming more desperate and gruesome, until every post-it note and dark hole has an HD camera monitoring it.

Surveillance isn’t a secondary issue in this presidential election cycle. There is a serious dialogue to be had, one that debates a more wholesome and trustworthy approach to our national security, one that doesn’t end in more paranoia, more secrets, more prosecution of whistleblowers. Surveillance on the scale of a nation is the gross simulation of a scripted buttered hell—everyone fucking with the lights off, everyone pooping silently in the dark.