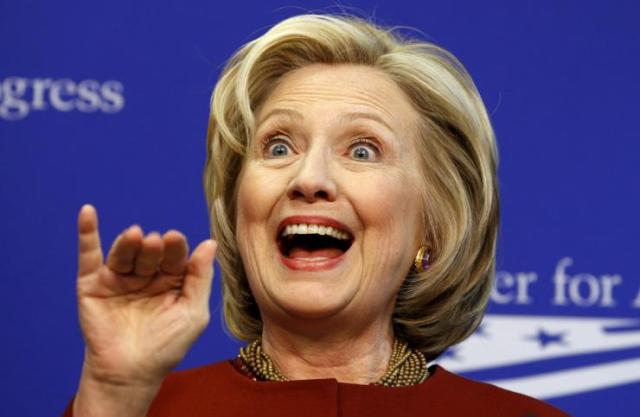 So it begins. Trump’s four years of stammering pageantry, his hideous donut-mouth grinning at you, through your television and into your living room, the bombastic shrill of ego making all the children cry. January 20th marks the beginning of the Trump era. Or as Trump supporters call it, MAGA time. MAGA time consists of American values that make us truly great: family-sized cheesy puffs, 36-pack Natty Ice, camo for the newborn, dead raccoons strewn across the floor, and an orgiastic tailgate party that lasts until the sun explodes. Armies of pudgy frat boys emerge on the horizon, chanting, “books are for queers! drink more beer!” The oceans turn into a massive scummy cauldron, the froth of misery getting whipped up in another record-breaking cyclone. Roaches swim with flippers. Adults brush their teeth with rocks. Sex is banned and replaced with the game ¡Uno! Because the leader of the free world is reality television star Donald J. Trump.

Trumpers didn’t actually want to win. What will Alex Jones do now that he is the voice of the establishment?—he is more shell-shocked than we are. No, the Trumpers only wanted to squat in the desert with their fists raised, punching the charred birdless sky, chanting “Lock her up.” And even though they’re only repeating a cheerleading slogan that Trump started for reasons he got wrong, in a way they’re right. As Noam Chomsky has explained ad nauseam, if the Nuremberg laws were applied, every post-World War II American president would be indictable. Hillary Clinton is no better. She’s been a military hawk since her unelectable position as First Lady. She supported arming the Contras in the 80’s. She voted for Iraq, which led to the power vacuum that eventually led to the creation of ISIS. She led us to invade Libya. The most nefarious hell-encrusted individual, Henry Kissinger, praised her for running the State Department “in the most effective way” he’s ever seen. At the end of her tenure as Secretary of State, a Win/Gallup poll declared the United States as the greatest threat to peace in the world. So yes, lock her up. But lock many others along with her.

Mainstream Democratic pundits are all repeating their expected rebuttals. Rachel Maddow said if only Jill Stein voters and half of Gary Johnson voters in Florida voted for Clinton instead, she would have won Florida. The cretinous lizard-creature, Paul Krugman, also blamed Florida on Stein. Instead, establishment Democrats should examine the attenuating functions of the DNC, how it manipulates leverage for one candidate, for a candidate so soiled by scandal, warmongering, and money grubbing, that she lost to a reality television star who was officially endorsed by the Ku Klux Klan.

In Michael Moore’s list of “Things To Do Now,” he advises us to command to everyone we meet—and in all capital letters, of course—‘HILLARY CLINTON WON THE POPULAR VOTE!’ Yes, she won by three-hundred thousand votes, and yes, perhaps it’s possible to end the electoral college, but there is little consolation when 59 million people paraded for a fascist, one who wants to consume the world with his grubby pig-hoofs-for-hands. There’s little consolation when you realize half the country voted for torture, misogyny, and white supremacy. He wants to coat the old growth forests and the tall grass prairies and the last budding corners of ocean reef with a gold aerosol can, and 59 million people are behind him, chanting, “Paint the pandas gold! Paint the night sky gold! Give my testicles some glitter!”

I’ve read dozens of my peers’ requests strewn across social media, and they are all something to the degree of, “this is the time for love, for uniting together.” Or the nauseating meme of “birthplace: earth; race: human; politics: freedom; religion: love.” Even President Obama said “we are all rooting for Trump’s success.” He compared our national politics to intramural scrimmage. No, he said it is intramural scrimmage—it’s merely a fun game of little or no consequence. Or the ungodly acquiescent slogan of “Love Trumps Hate” pasted on t-shirts, posters, buttons, any dreary merchandise that lets you feel like your voice is being heard. Or Michelle Obama’s endlessly reiterated slogan: “When they go low, we go high.” The truth is, when they go low, we cower on scabby knees, like a boy in the schoolyard with cracker bones who’ll do anything not to be picked on. Rooting for Trump’s success is exactly what we leftists have to avoid. His success means punishing women who have abortions, deporting 11 million undocumented immigrants, repealing national healthcare, ending all efforts to combat climate change, building a wall, creating a religious database of all Muslims, executing whistleblowers like Edward Snowden. His success means spreading unbridled fascism across our brittle ground until songbirds screech hellish insults and roses rot under the morning sun.

Professors at many universities canceled classes in order to allow students to cope with the emotional trauma of the presidential results. I listened to NPR most of the morning after the election, and there were at least two political pundits who began to cry on the air. I was at an anti-Trump rally the night of November 9th, and at one point the herd of young optimists began singing “Give Peace A Chance.” This is what haunts the left. Clearly love did not trump hate. Clearly the radical right has mobilized enough energy and momentum to elect their prophet of death. Clearly the Clintonian neoliberals could not engage the enthusiasm needed to charm the overwhelming majority.

Bernie Sanders had the enthusiasm behind him. He would have mopped the floor with Trump until the orange man’s scintillating neon hair smeared a residue across the bathroom floor. But the DNC conspired to paint Bernie as an atheist amongst other things, anything to discredit him as a viable candidate. They said she’s the only electable candidate, her success is inevitable. Every time Hillary walked onto a stage, it was with an air of divine righteousness, that this was her turn and nobody had the right to challenge her. And now the clan of vampire children shall lurk the hallways of the White House, their tubercular ecchymosis cursing the world forever.

There is much talk of achieving “normalcy” after this perverse election season, as if anything about this is normal or could ever become normal. After all, we can blame Anthony Weiner’s dick for fucking us and giving us Trump. The last thing the left needs is continuing on its normal route of neoliberal elitism. We need a radical left. We need to restore youthfulness, fire, and jouissance from the squabbling turkey necks of old.