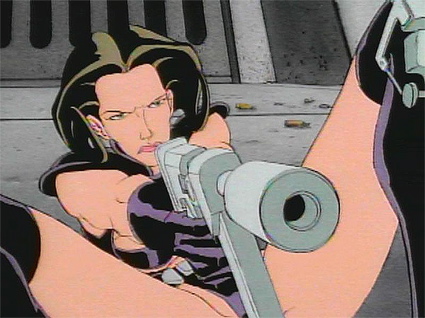 “The high pool is always steaming. What witch will rise up on the white sunset? What purple foliage will descend? …While public funds flow into fraternal holidays, a clock of pink fire strikes in the clouds.” Rimbaud

An ambrosial heaving sun made the four men sweat, standing and talking amongst themselves on the asphalt atop the Santa Monica stairs. The insignificant veins of shade cast from the many manicured palm trees did not provide any reprieve for the men, but they were strong men so they were tougher than the sun. Their shaven chests were immaculate, perfectly glistened with diamonds of sweat, their iPods velcroed around their biceps, their headphones draped around their necks like loosened neckties. Beside them, a young black guy wearing a headband was playing Iggy Azalea’s Pu$$y on his boom box as loud as it would go as he hopped around on work-out cones. “Pussy, pussy, pussy” Iggy repeated. One of the four men adjusted his cock, just a useless reposition, as if to make certain it was still there. Another uncrossed his arms and then crossed them again. The man wearing Adidas striped basketball shorts cleared his throat and then said “There’s no way they’re real. No fucking way, dude. She’s a tease anyways. I’d let her suck my cock, but that’s it bro.” “I guaranfuckintee they are,” the blonde crewcut one said, “and no, I’d definitely fuck her, I’d just maybe slap her as well.” They argued like this as various libidinal types ascended the stairs, usually moderately young men and women reaching the top of the stairs and then turning back again, returning to the bottom. Everyone repeated this awful hopeless routine like Botoxed automatons, walking up and down again and again until everything was clenched and taut, until their tiny unctuous assholes pulsed in and out with stair-walking fatigue. Hundreds of people here do this every day, pacing back and forth in a way, like a Smerdyakov character lost on a displaced treadmill, kicking the modish dust back towards a desert. A tragedy of adventure, a drunken childhood that never explored a cave. In front, lined $10 million homes, all pruned and maintained by Mexicans—that’s what the owners of the houses called all of them anyways—their lawnmowers and blowers trimming everything into tidy slavish lawns, neat rose bushes that waited like old ladies sitting with clotted lipstick and heavy jewelry, geraniums tired of beauty, a few remaining bees fading away. A chihuahua barked obsessively at a Mexican man digging in the soil around a freshly planted birds-of-paradise. A woman in a purple bathrobe and perfectly combed hair and grossly thin lips opened the stained-glass front door and stepped outside. “Jeremy! Jeremy! Get back in here you adorable little monster!” And the chihuahua turned and ran into the house, and then barked again at the Mexican as the woman closed the door.

The egodystonic fuckery of our banal modern existence did not just appear out of nowhere. The utter triteness of affluent America isn’t merely the temporary prima donnian resolve of an ill-fated Big Bang, nor is it an ontological mess of countless evolutionary fuckups  .  .  .  yes, the four men standing around proud of their sweat are in some ways the horrid face of billions of years of cosmological occurrence, of various colliding supernovae and pulsars, but still, there is more complexity here. There is a demon at work, a heautontimoroumenos of a trite undertaking. Iggy Azalea’s Pu$$y—presumably the dollar bill signs represent ’S’ in the English alphabet, as Iggy repeats ‘pussy’ over and over again—signifies something close to the culmination of universal Self-Torment. In the music video, Iggy licks a few different popsicles, holds an umbrella on a normal dry day, and lays her head in the crotch of a little black boy who was previously riding on a plastic electric horse as he slaps the inanimate object’s ass. The video itself is not anything new or especially provocative—merely a blonde Australian girl with a huge ass supposedly rapping about pussy. But it is difficult to determine exactly what Iggy Azalea is trying to communicate to us—is she in fact rapping about the condition of her pussy, or is she stating that men spend egregious amounts of money and thought on getting any pussy they can, or is she actually claiming that the nomological determinists were correct about Laplace’s Demon, that in fact we have no moral responsibility today because the laws of the universe previous to our birth determined everything that is and everything that ever will be? Let us examine:

It is rumored that if you play the song backwards at the same time you play the audio of Kim Kardashian’s moanings in her sex video, you can hear Kamikaze war planes exploding. I tried it when I was alone and particularly bored, and the rumors lack any serious evidence of such. But the banality of her music video, as well as Kim’s as she imitates a donkey, as well as countless other spectacles of our sexuality in popular culture, represents something of a higher order. Iggy’s song and video is interesting because it is so uninteresting. Perhaps we are desensitized to the mountains of cock and tits that swell over us, but perhaps it is more than this. Aldous Huxley, author of the dystopian classic Brave New World, made the claim that the rise of our sexual freedom coincides directly with our political enslavement: “As political and economic freedom diminishes, sexual freedom tends compensatingly to increase. And the dictator  .  .  .  will do well to encourage that freedom  .  .  .  It will help to reconcile his subjects to the servitude which is their fate.” Now, the religious folk will predictably applaud such a claim; they still protest that we should not have threesomes, that we should wait until marriage before falling asleep in the same room, that we should wear full-legged knickers over our bathing suits, that women’s panties should be huge. As a child attending Sunday school, I once had a teacher who told me we should all be striving to be like Mother Mary, to give birth to a child without any fornication whatsoever. Here we are caught between two worlds: one that popularizes sex until it becomes an indistinct fustian hunchback of dick, and another that is so afraid of anatomy and pleasure. And even though marriage as a societal institution predates all known recorded history, its original role was obviously never meant as a declaration of love, but as a banal alliance between families  .  .  .  and monogamy wasn’t mandated until the 9th century, when the Catholic Church could declare and enforce law.

I slept with a Hungarian woman last night. It was fine and all, but I couldn’t help but wonder if we were only fucking because there is drone warfare spread throughout the Middle East, killing innocents who will never receive their justice. Does our gasping from a particularly sordid 69 originate as a direct way of coping with the NSA’s Prism program? Is reverse cowgirl in fact a testament of the disparity of wealth across the country and the world? Aldous Huxley thinks so. So does Michel Foucault. I spend a fair amount of my time and money staring at women in their lingerie as they twirl around a metal pole at Jumbo’s Clown Room, a burlesque bar in Los Angeles, and the dancers’ coquettish physiognomy that follows. Some people prefer to walk up and down stairs in the sun. Some attend church, handing money into baskets as they go by. I sit as the dancers twirl, throwing my money on the stage, drinking beer as California dries up.

God is dead. Iggy Azalea is dead. We are nearly there. The Chihuahua barks one last time then curls next to the woman and closes its eyes. Iggy’s fat ass wasn’t enough to keep the awful night away. She never had the guts to stay alive. Ferdinand Louis Celine said it best: “So many vaginas, stomachs, cocks, snouts, and flies you don’t know what to do with them … shovelsfull! … but hearts? … very rare! in the last five hundred million years too many cocks and gastric tubes to count … but hearts? … on your fingers! …”