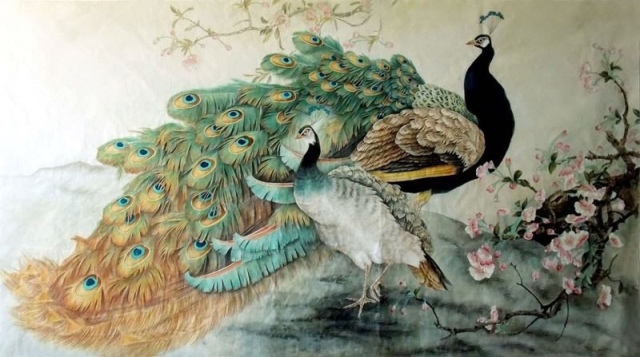 Winter is coming. Trees rustle their last stolid leaves. Four-year-olds wear huge mittens, preventing them from Snapchatting their BFF’s. Cats gnaw on mice innards by the fire as old men sip whiskey for months on end. Most of us feel the urgency to enjoy our last shriveling dawns before the Trump presidency, before the mad glistening fascism is enforced by Scott Baio and the Ku Klux Klan. Our only remedy of course, is the night of December 6th, the 2016 Victoria Secret Fashion Show, full of its own gilded hysteria, the hypnotizing seraphims parading down their runway. More than ever, we need something to admire, some over-relished human peacock to idolize on a high stage, as if we were frantically trying to masturbate one last time before being devoured by hyenas.

But the lineup for this year’s show is a depressing list of women nobody ever liked in the first place. Year by year, the models consist more of rich, well-connected family members who have been pasteurized in a vat of polish, their lives just spectacles of birthright. The 2015 VS fashion show debuted Gigi Hadid—daughter of luxury real estate developer, Mohamed Hadid, worth hundreds of millions of dollars, who outmaneuvered Donald Trump in a real estate bid, and Yolanda Hadid, star of The Real Housewives of Beverly Hills. Gigi is walking again in this year’s show, along with her sister, Bella, and BFF Kendall Jenner—who is of course sisters with Kim Kardashian, famous because she was Paris Hilton’s assistant and then sucked a dick on camera.

In a way, it’s much too simple: famous people have friends; and those friends, in turn, become famous. But even worse, they have family. And naturally, family members ride on the backs of their genetically gifted relative, trying to achieve their own momentary immortality, like a secondary character in a television show who happens to get a spinoff. And if the family member isn’t already hot, they certainly have the means to become hot—lip fillers, rhinoplasty, teardrop boob jobs, cheek bone enhancers, and Botox can turn boneless demons into angels of ecstasy. There is nothing that fame and money cannot give us.

The thing is, the Victoria Secret Fashion Show isn’t really a fashion show. There may be a $3 million Fantasy Bra, and the Angels may wear wings around their VS lingerie, but like Bella Hadid confided to Harper’s Bazaar, this event is about “personality”. “It’s about the lingerie, but you also have to keep a smile on your face. You have to interact. It’s a different experience than I am really used to.” Not only did the Hadid sister admit she doesn’t really know how to smile or interact with people, she highlighted the simmering ontological physicalism that viewers so maddeningly crave: we want them to look at us, to flirt using only their smile, to tell us that all of it is possible. It’s what Norman Mailer described of Marilyn Monroe in 1973: “‘Take me,’ said her smile. ‘I’m easy. I’m happy. I’m an angel of sex, you bet.’”

The whole spectacle is a titillating episode of a reality television show. With confetti explosions and live musical performances from Usher or Seal or Lady Gaga, it resembles something close to the season finale of American Idol, or this year’s Republican National Convention—it’s really hard to tell which. It’s about advertising, ratings, celebrity, scandal.

This is of course part and parcel as to why the Hadid sisters and Kendall Jenner are in the fashion show to begin with—we plebeians prefer to root for people we recognize. It’s why Donald Trump won the presidency—name and facial recognition; he had his own reality show where he was the central personality, a platform to popularize his dictatorial fetishism.

Number 28 was the first true reality show—the Dutch precursor to The Real World, which aired a year later. Viewers could now witness the candid drama of people like ourselves, sympathize with their on-camera confessionals, root in some gruesome way for our favorite cast member. A little over two decades later, every public event on earth is a frothing nightmare of personalities. Predictably, the deep luring questions are already being asked: how will Kendall feel about being in Paris for the first time since her sister Kim got robbed there during Fashion Week? how does Karlie Kloss balance between the gurgling feud of Taylor Swift and Kim Kardashian? is Bella Hadid’s nose job establishing a new trend of natural looking plastic surgery?

The nepotism of personality is the kingpin of our every fortune. Take the presidential election as the most consequential example. Many liberals are already murmuring that they would like to see Michelle Obama run for office in 2020. She’s never suggested anything of the sort—in fact, she’s only suggested how excited she is to have a more normal family life again. But the people who hope to see her take back the torch from the howling orange beast who will soon take it from her husband are merely looking at how modish and dignified she was as first lady. They’re remembering her few good speeches, repeating her “When they go low, we go high” mantra ad nauseam. Perhaps an elegant first lady, but her initial and only qualification is that she’s married to the standing president—otherwise, no one would even know who she is.

Rousing behind the idea that someone has the divine right of authority because they are related or closely intimate with another is what will turn the United States into the worst form of monarchy. It’s what Confucius advocated for 3,000 years ago—to balance “filial piety with merit”—the touchstone characteristic of a monarchy.

It’s one of the reasons that made Hillary Clinton such a terrible candidate for the first female president—her political clout was never self-made. She’s a royal automaton, a waxen effigy glued together with kindergarten paste who rode on the curtails of her husband. Elizabeth Warren, Kirsten Gillibrand, Samantha Power, they are all better representatives of the self-made woman.

The parallels are obvious. The Hadid sisters and Kendall Jenner have corralled millions of loyal disciples by making duck lips with the Snapchat doggy nose and the garland of butterflies and lilies, like some strange animal hybrid, hoisting themselves up towards unimaginable fame and fortune. The Victoria Secret Fashion Show is just their season finale. The U.S. presidential election was an eighteen-month reality T.V. show of a reality T.V. star and a royal family member—the perverse spectacle is turning back on itself in gruesome irony. The only option left is revolt.