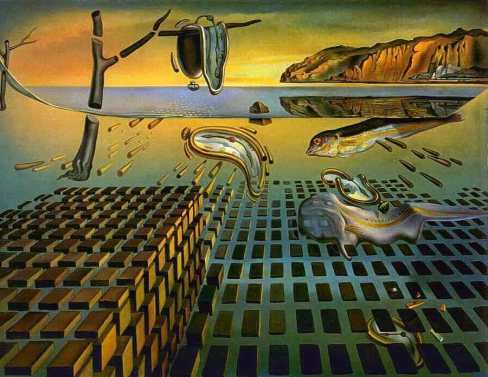 “Death created time to grow the things that it would kill, and you are reborn into the same life that you’ve always been born into.” Detective Rustin Cohle

Then they fantasize gleefully about what they would do if given one week to live, what perverse finale of drugs and hookers and assholes they’d engrave their last memories with. But it’s a useless and banal notion, revealing nothing of the human condition except for the desperate grunts of splendor we prefer to indulge in. A better question is how would we continue from this day forward if we were to learn that we’ll be reborn into this same life again and again, for eternity?

Eternal recurrence. It’s an old notion, discussed at length by the ancient Egyptians and Indians, eventually passed on to the Pythagoreans and the Stoics. But it was lonely frail Nietzsche, the same man who contracted syphilis from the only woman he fucked, a whore, who postured the notion of eternal recurrence best: one should live every day as if they will relive every detail of every second of their lives over and over and over again. Every laughter and despair and lonely insecurity, every drunken orgasm and rotten boredom will have to be repeated innumerable times, and with the knowledge that you will relive this innumerable times. So I looked around my own shuffling regimen to see if it was true, if reliving all this ephemeral dank theatre would be a heaven or a hell.

Today, like all the others, I pulled out the guts of three thousand fish, shoving them along the next step of the hallucinatory journey. Their liver and egg sacks separated into different containers, the rest of their guts eventually swept into the harbor, their heads into another container, their bodies packed neatly into styrofoam boxes, eventually shipped off to Spain or Italy or the south of Norway. The enormous machines rattling, the conveyer belt itself is a blue plastic mockery of the eternal return, the literal form of the phenomenology of nihilism—the last five seconds repeated over and over for fourteen hours, every day repeated for as many months or years as you can stand before hurling yourself into the frozen sea. Beyond the harbor where I work, the mountains erupt a thousand meters straight into the sky, and the coruscating morning fjords carve endlessly into the crust of the world. A bright wind howls against all the little red houses hoisted on their stilts in the village, and a seagull flies madly against the gusts, not gaining an inch. The sun is always low, so it’s always a sunrise or a sunset (depending on your outlook of course), and on the clear nights the northern lights rip and gnaw at the stars. They are green and violet violins, the infinity of gods amid their dazzling sinusoidal chorale. At night I get drunk alone, read Adorno and Benjamin for the company, eat a pack of soft-baked cookies and fall asleep to the hazy beautiful defeat, the intermezzo of freedom circling back on itself.

Every moment there’s a looming suggestion that you should simply scrap it all, head to the desert in your underwear, throw rocks at snakes, eat a huge portion of peyote and dive into permanent psychosis, never returning. I’ve often considered moving to some miserable dusty town on the outskirts of Las Vegas, loiter suspiciously around dank acheronian bars, meet a nice desert girl with cut off jean shorts and pink hair and three porcine children with ice cream cones melting over their fat little hands, and settle down  .  .  .  maybe start chewing tobacco. But it’s too late for any of that now. We’ve been shoved into this carnivorous orbit again and again and again, without our consent.

Here we are. We’ve been launched like a cannonball into the future, everything turning into blurs and specks of dust. Many generations go by, but they are all our own generation  .  .  .  the same one cycled around itself. After ninety recurrences—not even a measurable mark of a fraction of my eternity—my work in the harbor has gradually contorted into something else. I’m still there, with a little hunch in my back, still smoking expensive cigarettes on the edge of the docks with the twenty-something year old Chileans, the old wind-torn fishermen wearing snowflake patterned sweaters their wives knitted them, still delivering tons of fish at a time; but the fish aren’t fish anymore. In my besotted hypnosis, they’ve morphed into miniature Donald Trumps, like Chucky dolls, their heads spinning around in hysterical laughter. Coming across the conveyer belt, I hit them over the head one by one, trying more to thrash myself out of the beige hyperreality. It’s no use. He’s ruined everything, branded his name and his little dick onto every vacant surface. There was clearly a flaw in the system, some sort of entropic detour on the main highway that Nietzsche and Schopenhauer never considered. Everything is cycling back on itself, trees into mushrooms into soil and back into trees again. That’s how it always used to be. But humans were a glitch in the system somewhere. The bright chaos of animals and moss and stars gave birth to humans, and the gods trembled at the horror.

With each cycle, cleanliness and normalcy degrades. I moved back to Los Angeles, the rusty homes are abandoned, the churches and bowling halls and porno studios of the San Fernando valley degrading further every time we pass through it. After the hundredth recurrence, there’s only something vaguely familiar about this world, the landscape completely lifeless. It’s now too hot to step outside for more than a few minutes, the sky is opaque and causes prurigo, and our politicians strangely enough, are porcupines, hundreds of them shuffling around in the ramshackled Capitol building, sweetly fidgeting about controversial bills, such as, ‘Should we bomb Antarctica for melting on us so quickly?’ and ‘What do we do with traffic lights, now that yellow is illegal?’

Everyone stays indoors, trolling celebrities on the internet, binge-watching several seasons of television shows, taking pictures of our own asses and submitting them to purveying masses online, everyone hunched behind their own glowing screens. In other words, not that much has actually changed. The last remaining priests are scribing the antiethnologies of symparanekromenoi, a practice that brings us brilliantly graphic standup comedy. I finish my glass of milk, and sit up from my flower-printed vinyl couch, its sticky adhesive binding to my skin, slowly peeling off my back, and emerge from my gloomy track house, and across my lawn of dust. It’s two in the afternoon, so I head to the nightclub.

My entire generation meets in the air conditioned nightclub during the day, drinking expensive cocktails, sweating, dancing for hours. I see a few kids squatted on all fours, striking pieces of flint together. Another group is huddled around a dying campfire, trying to keep their fingers warm. A man who has dropped acid everyday for the last seven hundred years is dancing with a lady with one arm, dressed in pink linens, her bulging fat swishing from side to side. They shake and push violently, the floor of neon squares flickering sporadically under them.

‘This is all so absurd,’ I think to myself. And I pick up a stone and throw it at the DJ, everything stopping for the first time in eternity.

Baudrillard was right: ‘the masses themselves are caught up in a gigantic process of inertia through acceleration. They are this excrescent, devouring, process that annihilates all growth and all surplus meaning.’ Yes, eternal recurrence will shove us back into the squalid days and nights until there are no fond memories and no bad ones either. But the spectacle of hyperreality is degrading further and further until there is nothing left. Eventually it’s just a chimera of gold dust, a strange dream with the sounds of young laughter echoing in the background. Schopenhauer discussed the ultimate nature of reality as being driven and defined by the Will. We are trembling mannequins of meat, driven entirely by the need to satisfy desires. Our ephemeral fury to make something of ourselves, to attach some purpose to all of this, to build a little legacy—whether it’s a man raising his children or Trump erecting his coruscating phalluses—is a symptom of the Will, pushing everything further and further into the absurdity of existence.

What eternal recurrence fails at considering is the nature of the Will. Desires can never achieve their satisfactions  .  .  .  once the Will attains some momentary triumph, it gets bored with it, and banters off to some other colorful frontier. We humans are the only animal who will never attain true satisfaction  .  .  .  the restless torpid bodies of this recurring dream try again and again to achieve something tolerable, scratching at the sky to make all this worth it, until death finally swallows us, soothing all of our desires and illusory sense of purpose. This is why people have children—they want to destine their own blood to the endless cycle of suffering and defeat. We willfully orchestrate the eternal recurrence for ourselves.

Schopenhauer said the only reasonable response to the absurdity of existence was to denounce the Will everywhere possible, especially that of sexual desire, in order to not reproduce little replicas of ourselves that will have to carry on further into the absurd of the eternal. But denying yourself face-sitting, 69-ing, long spouts of ecstasy-induced fucking, is surely the most miserable and absurd of all existences, some sort of cruel illusory asceticism that will only cause you to hate sunsets and everything beautiful.

Eternal recurrence was beaten by the Will. There is nothing certain anymore.

At the end of it all, we’ll have a few rusted accruements above the fireplace. We’ll have our various degrees and conquests, like seashells of legacy that we can rub with our thumb. Most of all, we’ll have memories of our lovers. When we were young, and we loved without consequence—at least we’ll have that. One day, we’ll find a fresh bubbling spring, and we’ll bathe with the native choirs all around us. One day the vines will swallow everything. A cool breeze will move the grasses and we’ll smile with the sun on our faces.