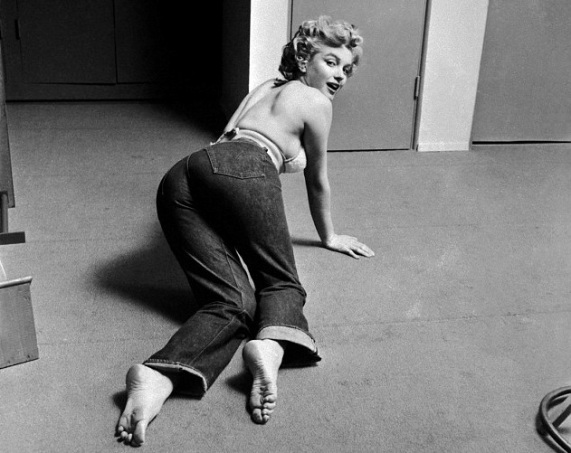 “Night was coming on, and the galley was blowing the whistle for them. They all started rowing in cadence, all but one, me.” Louise-Ferdinand Céline

There is a sort of rousing peccant fever to the world of acting. It hurls its inauthenticities at us, as we slouch in our reclining chairs, shoving handfuls of popcorn in our faces, slurping 64 fluid ounces of diet soda, our cheeks glowing with the sickly reflective bisque of movie stars. Actors themselves are the deliberate idols of Theodor Adorno’s ‘culture industry,’ the messengers of entertainment as commodity.

As Adorno and Max Horkheimer assert, “amusement under late capitalism is the prolongation of work. It is sought after as an escape from the mechanized work process, and to recruit strength to be able to cope with it again. But at the same time mechanization has such a power over man’s leisure and happiness, and so profoundly determines the manufacture of amusement goods, that his experiences are inevitably after-images of the work process itself.” Television, film, records, these types of entertainment don’t require any critical hermeneutic role from the viewer or listener, says Adorno. They restrain the psychological development, not of fringe populations of a personified-retardation, but more so of the humping beige masses of modern society as a whole, of all the countless clamoring wrinkled youth, all the starless adolescence of the free world. The rednecks, the beauty queens, the hipsters, we seem to be waiting around for something beautiful to happen, for a gif to make us snicker, for @thefatjew to do something original, for an actress to scream at the sky.

Shia LaBeouf recently watched all twenty-seven of his own movies, and there was even a live-cam on his face: you can watch Shia watch his own movies. Is this performance art? Is it honest narcissism? Or are we all amidst a symphony of tragedy and comedy, rolling around in our own brand of drama? Adorno isn’t calling for a stoic intellectualism, in which we all pompously contest the architecture of purity. For Adorno, this is the culture industry, the manifestation of ‘identity thinking,’ or identarian thinking, which is its own manifestation of superiority and impersonality, in which individuals are no longer considered uniquely conscious individuals, but more as numbers or statistics, mere cogs in the wheels of war and population. Adorno berated ‘identity thinking’ as abstract and misrepresentative of this effulgent sensory reality, as lacking all quality and character, but he also asserted that this is no one’s doing other than our collective own. Identity thinking is not a product of the capitalist system out there; it’s a subscription of our own method, categorizing people into classes and stagnant idols. Celebrity itself is a stagnant idol, a worship of the imaginary, a sort of religious fundamentalism. But instead of screaming “Je-sus! Je-sus!” with our hands above our heads and our eyes rolled back into a pseudo-psycho fervor, we are screaming “Leo! Brad! J Law! Let me smell your underwear!”

At the end of the 20th century, American households watched an average of seven hours of television per day. 2015, we are tuned to nine hours of media per day. Smartphone users check their devices an average 150 times per day. And in many ways this is understandable, for loneliness can be a caustic genius, a single candle in the squalid night. One’s own idleness is enough to send them to the madhouse. Movies give us a moment of reverie from our lives of drought and war. And the actors and actresses on the screen are a band of Nietzschean Übermensches, slaying dragons, dismantling bombs, flying through space, and overall doing cool shit. Even while writing this article, I have had to drink a bottle of wine, watch the end of Barbella: Queen of the Galaxy, masturbate, sleep, surf, drink a six pack, and have sex with a beautiful woman, in a modest attempt to make it through another day. Our attention spans are shorter than those of goldfish. The sheer madness of gluttony invigorates us enough to feel the warmth of the sun on our cheeks, to smile at old men, and of course to be obsequiously conceited enough to not vigorously protest the capitalist machinations of the State. And this is exactly what Adorno pressed upon, in that we become objects of our own making. We become idols of apathy, of the very system that is hurting us most, something Aldous Huxley described in Brave New World, in that we are so over-drugged, over-sexed, and over-stimulated, that we no longer care enough to burn madly for the free and the beautiful. Like trying to listing to Basinski’s Disintegration Loops on my one shitty speaker in my car of seizers and diesel. Beauty’s rarity is overrun by madness, by the clamoring for beauty itself.

The world is dark, and we need a hero. Idolatry is like a faint beacon in the storm, and it’s perfectly natural for such a primitive species to hold on to something believable. But it’s the cult of formulaic banality that corrupts our freedoms and imaginations. Spectre is the twenty-sixth James Bond movie, the same grunt of dramaturgy and cigarettes blurring out the decades. Even Daniel Craig said he would rather slit his wrists than make another James Bond film. How many Jurassic Parks, how many Fast and the Furious’s, how many Will Ferrell tantrums, until our paradise of dust swirls around infinitum. Adorno’s identity thinking is a drunken bacchanalia of frat boys, congregating en masse to quote Will Ferrell movies and talk about hot chicks, acting out tantrums of their own. When a billboard or television advertisement says, “From the makers of,” it tells you what kind of film you are to expect, what kind of imitative rise and fall of character, and it serves as a marketing ploy. Predictability is a selling point.

It is easy enough to watch the films of Fellini or Cassavettes or Cocteau or Vittorio De Sica or Jean Renior or Kurosawa or Seijun Suzuki, and remind yourself that a small band of filmmakers have made something memorable, that there is mastery and awe to be shared in sitting back in a chair and watching a screen. And maybe it’s enough to admire the rare exhilarating actors for what they did on screen, for gifting us a few moments of fantasy.

Daniel Day-Lewis is a marvelous actor, and I respect him immensely. After receiving his awards, he returns to his heather-speckled hills of Ireland, untroubled with celebrity. Because actors are merely professional con artists: a perfectly fine profession, but not one that should be idolized. The cinema is the most literal lie of all, the purest form of spectacle, almost mocking our slouched awe of fantasy. And actors are the direct messengers of the spectacle, usually poorly elaborating on the mystical facades of escapism.

In Minima Moralia, Adorno asserts that lies themselves no longer serve their innocent purpose of manipulating the truth. A lie is no longer intended to deceive or pervert reality, but rather used to express another’s stupidity for believing you. Nobody lies well these days, so it merely serves as mockery, an insolent tact of ridding the world of your presence and opinion, like an actor on the screen, falling in love with a robot, as the violins fade, the screen turns black, and the director yells “CUT!!!” and everyone eats cheese and snorts cocaine at the wrap party. For Adorno, lies “[enable] each individual to spread around him the glacial atmosphere in whose shelter he can thrive.” We lie because “life does not live.” Because it’s easier to believe a falsehood than it is to know the truth. It’s the only way to make it through the dank arena of real-life heartache and war.

If you have chosen to become an actor, you have given up on the world. You prefer to star in a thinly-veiled 90-minute romance more than live in the terraqueous insanity of the grand flesh-eaten world. You want the spectacle and not the substance. It is why a simple girl with a pretty face from the Midwest thinks it’s her right to become an actress, why she advertises her head-shots for the public to gloat over, why she hasn’t been single for more than a few weeks in the past decade. Good looks are born into, a marvelous luck of the straw, teaching one early on that they are the esteemed child of Apollo, that they command prose from every morning grunt. This is why nearly every actor is terrible—they deny the Hegelian pontification on work and desire, in that the desire for fleeting satisfaction trumps the necessary difficulty of work. Work molds creation into an eventual thing of worth, maybe sometimes even a masterpiece. For Hegel, work is desire held in check. It’s the determined passion for the invisible Process. Actors want the show without the several-hundred person team to make a great film. Great tits without a heartbeat. The 10,000 hour rule has since been debunked, but it still serves as a vague marker in the drive for excellence, generally stating that being good at shit requires immense amounts of hard work.

I live in Los Angeles, and was drinking alone at a bar the other night in Hollywood. The bartender, a five-foot-nine muscled kid with a decent jaw line, is now thirty-one, working behind this same counter for seven years, but told me that he is actually an actor. What is there to say to this? Seven years in Los Angeles, seven years serving fourteen-dollar martinis  .  .  .  but in actuality, seven years as an actor, attending call-backs with the hope of stardom, getting new head shots over and over until the sky turns red. I finished my wine, ordered the vegetarian lasagne, and excused myself for a cigarette. The ontology of actors is an indebted one—one that needs to pay back the florid liberties of candidness and laughter.