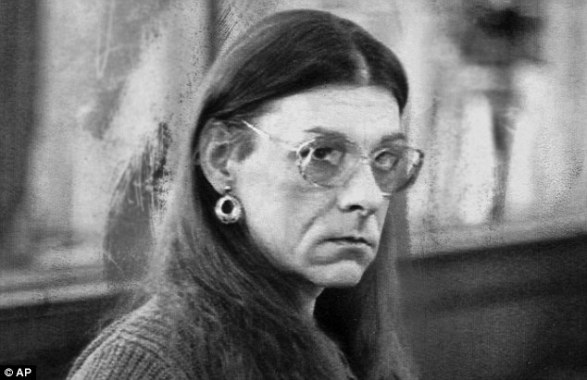 The last casino locks its gates. Only a few dazzling neon lights are left, most of them burnt out and looted in a wanton frenzy for bright color, leaving the Vegas strip a squalid Sophoclean tragedy, a small world of dimly lit acheiropoietons who already turned somber. The deserted clubs host only vague starless eidolons, glitter, cocaine dust  .  .  .  a single Louboutin with the heel broken lies in the center of the dance floor. The VIP rooms and dance halls will be flourishing terrariums before long  .  .  .  like scarlet Edens, posthumous humans. The hookers and the DJ’s all died in a massive orgy gone wrong. There is still war and heartache, but because the DJ’s are dead, there is peace. Donald Trump is still locked in a dark fetid bathroom stall, whimpering to himself, as an anonymous half-erect penis pokes him in the ear through the glory hole of the bathroom wall. Even the street-sweepers and the garbage men gave up and got drunk and tried to caravan to South America, but were last seen driving through the desert, waving an enormous American flag behind the leading truck.

A great wind kicks up and a bald girning coyote runs across the street. A homeless man, hunchbacked and wrapped in a Pendleton blanket, walks up and stops at a magazine newsstand, flips through a few of the covers. He stops at Vanity Fair. “Call Me Debra!” one cover reads, with a woman who was once Dan Bilzerian, but she still has fat cheeks and still has bad teeth. “What an ugly woman,” the homeless man whispers to himself, and takes another pull from his fifth of Jack, and drops the magazine on the ground.

When Caitlyn Jenner inverted his/her penis and put on lipstick, the servile affairs of rich people were more or less routine: liberals hashtagged for equal rights, the corporate oligarchy obliterated what was left of the American dream, the oceans acidified, factory farms killed everything, and celebrity kept everyone waving their arms, screaming “Everything is fucked, but I don’t want to pay attention!” Bradley Manning became Chelsea Manning back in 2013, but because she’s merely a whistleblower exposing some of the most egregious modern U.S. warcrimes, and consequently imprisoned for 35 years, she didn’t win over the paparazzi. But when Dan Bilzerian became Debra—or Debs to his closest girlfriends—the heaving androgyny of modern man turned a new page.

Dan was once a big deal on Instagram. He had millions of followers, his photos consisted of guns, escorts with fake titties  .  .  .  and that was more or less it. He had a beard that disguised his resemblance to a female Pavel Smerdyakov, and was once offered $100,000 by an unnamed co-owner of Facebook to shave it off, which he refused. We know that hidden behind Nietzsche’s tremendous mustache was an insane elitist, but only until now do we realize that hidden behind Dan’s beard was a lonely deformed woman. Born the son of Paul Bilzerian, a Vietnam War veteran of Armenian descent who also sports a big mustache, Dan quickly learned the inarticulate madness of a fraudulent existence. Paul was an “American corporate takeover specialist,” even though he’s Armenian, and even though he was unsuccessful in his takeover attempts. He went to prison twice for fraud, has filed for bankruptcy twice—one of which he only paid $400,000 of a $300 million debt, and another declaring assets of $15,805 against $140 million in debts—and currently lives on St Kitts in the West Indies where he has paid $3.7 million of a two-decade old $62 million corporate fraud charge against him. The tepid egodystonicity of trust-fund children are rabid nightmarish realities, the drunken vultures of misery, vacuous orgasms of death  .  .  .  because one of nature’s law is that a life of great privilege leads to great squander. As a kid, Dan brought an M-16 to school, obviously resulting in his expulsion. He got kicked out of the Navy SEALS training program twice, boasts of his poker achievements when his greatest claim to fame is coming in 180th place in the 2009 World Series of Poker; he threw a teenage pornstar from his roof and broke her foot, he kicked a woman in the face at LIV Nightclub in Miami, leaving her bleeding; he paid $1 million to have eight minutes screen time and 80 words of dialogue in the film Lone Survivor, and sued the producers when he was only given less than a minute; he’s had three heart attacks (one of which he got from taking Viagra), has two goats, lasered off his chest hair, and has just announced that he is running for the President of the United States. In a profile of him in British GQ earlier this year, it stated that Dan is 5 feet, 7 inches tall, to which Dan’s social media manager emailed the writer of the article immediately to confirm that he is in fact 5 feet, 9 and a half inches tall. That extra half inch. It’s like a child who says he’s 4 and a half. Dan’s penis isn’t 3 inches, it’s 3 and one quarter inches.

Nietzsche argues that in war, the victor is made stupid. The sword lunges at the throat of madness. There’s a kind of luxuriant ennui, an overwhelming boredom that erupts from his Instagram photos  .  .  .  his lifestyle shots of guns and women and cars are more than just banal modern hedonism  .  .  .  they suggest something of a current war to fight back a quiet overwhelming truth  .  .  .  they are threatened by everything real, everything candid and strong. As Herman Melville declares: “I’d strike the sun if it insulted me!” Dan Bilzerian is forced masculinity. He refuses to take photos with fans who are taller than him. It begs great wonder. It is clear there is a nagging insanity he has with his father  .  .  .  even he has admitted this. In Absent Fathers, Lost Sons, Carl Jung analyst Guy Corneau writes that if the son does not develop a positive relation to his father’s male body, he will run the risk of not developing a sense of self as a masculine, as well as possibly developing negatively towards all bodies, male and female. Dan Bilzerian is the incarnation of Sophoclean tragedy: as the story goes, the 5th-century BC Greek character, Oedipus, unwittingly kills his father Laius, and marries his own mother, Jocasta. It’s a crude innate avidity in us all. In Sigmund Freud’s Interpretation of Dreams, he proposes that all humans are born with this Oedipal desire (or Oedipus Complex), to love or lust for your parent of the opposite sex, a desire that potentially causes much guilt if not resolved. And in classical Freudian psychoanalytic theory, in order to overcome this complex and its accompanying guilt, the child must identify with or grow close with his or her same-sex parent. A boy identifying with his father is the critical psychological experience that establishes a mature sexual identity. If the complex is never resolved, if the boy does not develop through his father, he runs the risk of neurosis, pedophilia, or worst of all, Dan Bilzerian. In Greek mythology, Chronos, the father of the gods, is in perpetual war with his sons  .  .  .  an endless warfare of masculinity. The gods of vanity are before us! The heartache of Youth! Fire, Wine, Death! I swear, I want Misery!

This is why Dan is becoming a woman  .  .  .  the era of guns and cars and g-string women was merely an ephemeral fart of denial. He has already begun the transition  .  .  .  like I mentioned, he lasered all the hair off his chest.

Vanity is no more complex than masturbation: the immeasurable pleasure of touching yourself. In the mirror, the smile, the serious face, and finally, the face of orgasm. But the bloated tit of our generation is declaring something profound. As we are amid the sixth greatest extinction the world has ever known—the last of course being the extinction of the dinosaurs—as the corporate elite is giving this planet a violent permanent skull-fucking, there are somehow great storms of us who cry with wanton support for the Bilzerians and the Kardashians of the world. The point is not that Dan Bilzerian is an elegiac automaton of a human, nor that Kim is a ho, but rather that the masses crave for the insipid alpha figure, for a white wolf stalking behind the trees, conveying leadership and protection. Instead, Kim sucked a dick on camera and has a fat ass, and Dan has the personality of a dry fuck. He wins an estimated 20,000 new followers everyday  .  .  .  an endless conveyer belt of grunting jeering humans, masses of bodies breathing heavily with their mouths open, a fetid orgy of self-induced Orwellian proles, overshadowing every standing army on the planet. Bilzerian has been compared to Hunter S. Thompson, for his pseudo-hedonistic parade of guns and women, but this is like comparing Jonah Hill to Chris Farley (they both may be fat, but Jonah’s still stupid). Firstly, Bilzerian pays escorts to be with him  .  .  .  Thompson was just fly as fuck. Secondly, Bilzerian admittedly no longer does cocaine  .  .  .  Thompson snorted egregious amounts of it, as well as every other dazzling tragedy under the sun. And lastly, and most importantly, Thompson actually wrote  .  .  .  we love him because the gurgling libertinage of youth grabbed hold of him, because he had the gumption to sit and write The Great Gatsby word for word because he wanted to know what it felt like to physically write the thing. Thompson would do cocaine and acid and women all day, and then create a hysterical madness through the written word. Dan just grunted as he gave his pubic hair a buzz. Dan has every right to be a woman, I support him a hundred and five percent. Because he was never a man in the first place  .  .  .  he’s a symbol, a grotesque reeking ulcer of humanity  .  .  .  he represents the death of mankind.

Charles Darwin described natural selection as being granted vast periods of time by Nature, but not indefinite periods of time. To paraphrase, if a species does not improve itself, it will be exterminated. Darwin was warning us against not a vague fustian concept of extinction, but rather a very definite morbidness, a misshapen horror named Dan Bilzerian. He is our cruel punishment, our Hell. He is insomnia and drunkenness. He is Death itself.